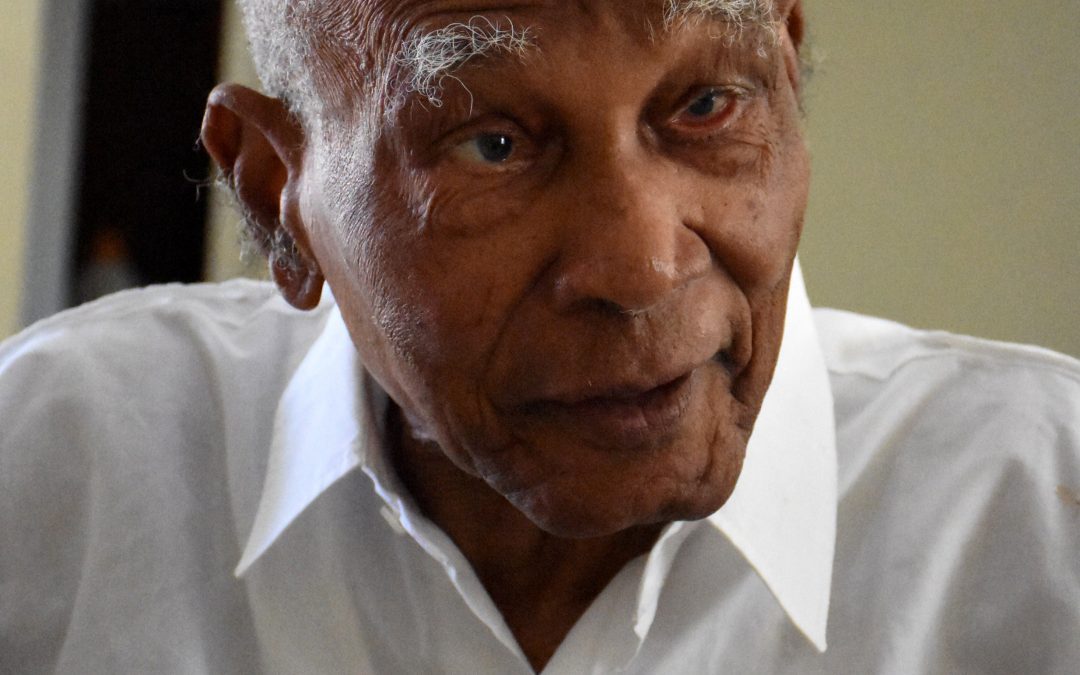 With long life will I satisfy him, and show him my Salvation. Psalm 91:16

Kenneth Antonio Libert was born on April 20th, 1928 in San Pedro de Macoris, Santo Domingo, Dominican Republic.  He was the youngest of 11 siblings. At the age of four he moved with his (late) parents to the island of Aruba, where he was raised and educated.  At age 22, he met Sarah Vanterpool († 2016).  They entered holy matrimony on December 16, 1950 at Jackson’s Pentecostal Church, San Nicolas, Aruba. The marriage brought forth eight children, twelve grandchildren and five great-grandchildren, so far.

Kenneth Libert played the piano, organ, and accordion with a swing, much to the delight of the listeners.  In his early teens he earned local fame as pianist of the Caribbean band “The Swingsters.” However, at age eighteen he radically converted to the Christian faith and subsequently dedicated his life and his musical talents fully to the service of the Lord.  He served in several congregations and denominations on Curaçao and abroad, including Ebenezer Church, where he also directed the choir, Iglesia Bida Nobo, (formerly Stromen van Kracht), Mikvé Israel-Emanuel Synagogue, the Gideons and Prison ministry, and Pacific Garden Mission (Chicago, USA).

Kenneth Libert earned his livelihood as a piano tuner and (music) teacher.  As a piano tuner he was in high demand on Curaçao and neighboring islands as well as aboard the cruise ships that moored at the harbor of Willemstad.

“A Classical Gala Concert” in honor of his 70th birthday [April 1998], Kenneth Libert was honored in CPA (Centro Pro Arte).  A semi-live recording was produced, establishing the legacy of a great man.

“Appreciation Award” presented for many years of distinguished and unselfish service rendered to the Ebenezer United Protestant Church. (November 2017)

His memories will live on in our hearts and minds. He will be missed by his family, friends and relatives across the globe.

May he Rest in Peace.†